​​The Nicene Creed
I believe in one God,
the Father almighty,
maker of heaven and earth,
of all things visible and invisible.

I believe in one Lord Jesus Christ,
the Only Begotten Son of God,
born of the Father before all ages.
God from God, Light from Light,
true God from true God,
begotten, not made, consubstantial with the Father;
through him all things were made.
For us men and for our salvation
he came down from heaven,
and by the Holy Spirit was
incarnate of the Virgin Mary,
and became man.

For our sake he was crucified
under Pontius Pilate, he suffered death and was buried,
and rose again on the third day
in accordance with the Scrptures.
He ascended into heaven and is
seated at the right hand of the Father.
He will come again in glory
to judge the living and the dead
and his kingdom will have no end.

I believe in one, holy, catholic and apostolic Church.
I confess one Baptism for the forgiveness of sins
and I look forward to the resurrection of the dead
and the life of the world to come. Amen.

Read:
"Our profession of faith begins with God, for God is the First and the Last, the beginning and the end of everything. The Credo begins with God the Father, for the Father is the first divine person of the Most Holy Trinity; our Creed begins with the creation of heaven and earth, for creation is the beginning and the foundation of all God's works." ---the Catechism of the Catholic Church, no. 198 Catholic belief is succinctly expressed in the profession of faith or credo called the Nicene Creed:
Read any or all of the Catechism of the Catholic Church paragraphs 26-1065. This all pertains to the creeds (or Profession of Faith). You can download an online version here.​ 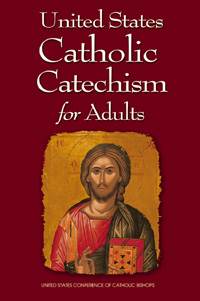 The United States Catholic Catechism for Adults is a very readable study version of the Catechism of the Catholic Church. It is in the same four sections as the CCC, which are the four pillars of the Catholic Church. Each chapter includes short biographies of Saints who exemplify the topic of the chapter, text explaining the topic, questions for discussion, doctrinal statements (what the Church believes), a meditation and a prayer.

The first Pillar of the Catholic Church is The Creed-The Faith Professed. The Creed is a formal statement of our beliefs. It is based on the teachings of the apostles, and is continually taught by the Pope and the Bishops. There are two creeds: The Apostles' Creed and The Nicene Creed.
​The Apostles Creed:Tradition has it that each of the Twelve Apostles, including Matthias who replaced Judas, contributed to the formulation of a profession of Faith that we call The Apostles Creed. This was done sometime before they left Jerusalem to teach all nations. Some early writers, Saint Ambrose and Rufinus are two, maintain that it was composed under the inspiration of the Holy Ghost at Pentecost with each of the Apostles contributing one of twelve articles. It was not written down, but memorized, and that was the way it was throughout the history of the early Church. Catechumens committed the Creed to memory and professed it aloud at their Baptism.
After the Council of Trent (1545-1563) those theologians who composed the Catechism of the Council defended this tradition.
The Nicene Creed: It is called Nicene because it was originally adopted in the city of Nicaea by the First Council of Nicaea in AD 325. In 381 AD, it was amended at the First Council of Constantinople, and the amended form is referred to as the Nicene or the Niceno-Constantinopolitan Creed.

The second pillar of the Catholic Church is The Sacraments: The Faith Celebrated. "The sacraments are efficacious signs of grace, instituted by Christ and entrusted to the church, by which divine life is dispensed to us" through the work of the Holy Spirit (CCC, nos. 1131; cf. no. 774) Efficacious means they effect what they symbolize.
Another definition is: A visible sign of an invisible grace.

The third pillar of the Catholic Church is Christian Morality: The Faith Lived. In Mt. 19:16-22, Jesus reiterates the fundamental importance of the Ten Commandments for a moral life. He then goes beyond them and calls for a radical detachment from material goods and their distribution to the poor. The attainment of fullness of life and happiness requires fundamental attitudes and virtues as proclaimed by Jesus in the Sermon on the Mount, also known as the Beatitudes. -paraphrased from The United States Catholic Catechism for Adults (USCCA), pg. 308

The fourth pillar of the Catholic Church is Prayer: The Faith Prayed. The Catechism clearly defines prayer as a "vital and personal relationship with the living and true God (CCC, no. 2558). Archbishop Sheen constantly promoted meditative prayer before the Blessed Sacrament (Adoration). "We become what we gaze upon." The five forms of prayer are Petition, Intercession, Thanksgiving, Praise, and Blessing. You can also use the acronym ACTS (Adoration, Contrition, Thanksgiving, and Supplication)

Spend time comparing the two creeds. How are they the same? Where do they differ? Why do you think they are different? Read this article on the difference/origin of each.
Spend time with each line of the creed and reflect how much you truly live by that statement of faith.
Celebrate the Sacraments of Reconciliation and Eucharist this month.
Prayerfully do an examination of conscience before celebrating Reconciliation.
Reflect/journal about how you are living the Ten Commandments and their counterpart, the Beatitudes. Is there room for improvement?
​Spend at least 10 minutes in some type of prayer every day for one week. See how it changes the whole day. Some types of prayer to try are reading the Bible, meditation (Christian meditation is a form of prayer in which a structured attempt is made to become aware of and reflect upon the revelations of God), contemplation ( the action of looking thoughtfully at something for a long time, deep reflective thought.), and Lectio Divina ( 5 Steps of Lectio Divina)
​
Powered by